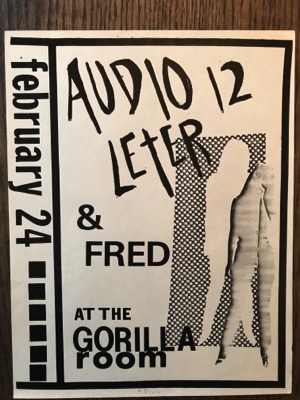 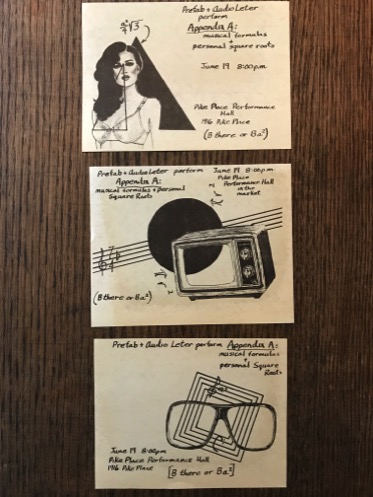 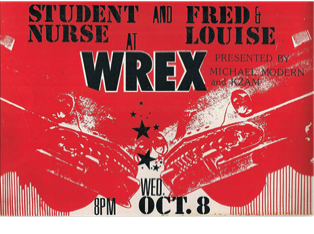 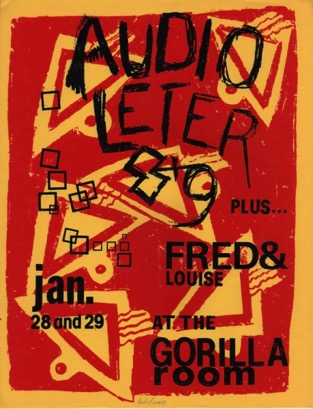 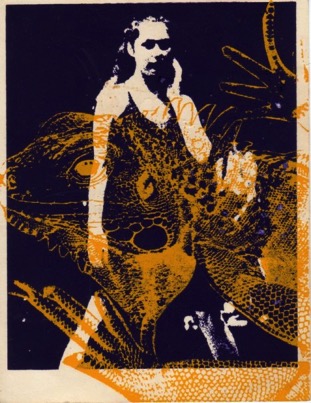 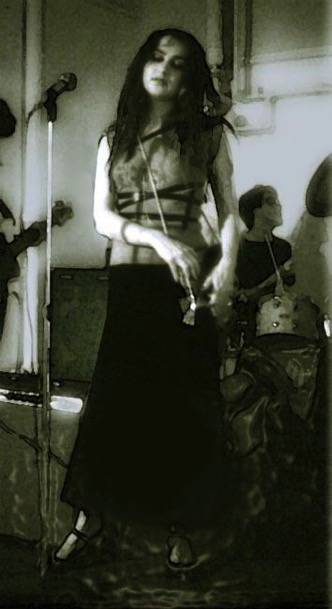 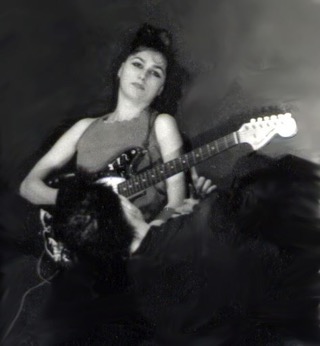 Student Nurse was part of a scene. That's what we called it, anyway. Like-minded creative young people, a lot of them transplants from other parts of the country, fallen like shaken crumbs to land on the West Coast. Portland and Seattle were particularly conducive to being a broke bohemian. For a hundred bucks a month, you could get a room in a house with an empty basement for your band to practice in. And that's how we lived, sharing kitchens and bathrooms. Tom & I lived at Wallingford House, next door to St. Benedict's Catholic Church, whose Sunday congregants mostly took a dim view of our poverty and licentious lifestyle.

Nearby was Burke House, where Deran & Tom lived. Perry & I actually met Deran on the bus on our mutual way down to a May Day protest. Burke House became the site of Salon Apocalypse, a weekly Sunday afternoon artistic free-for-all organized by Deran and his friend Sharon Gannon. Sharon was a whirlwind creative and organizing force. I certainly met Helena for the first time at one of these events, and it was Sharon encouraging me to contact Helena when Al & Joe quit the band that started me dropping into Student Nurse.

One of Student Nurse's earliest gigs was performing music for a recital at the University of Washington, as part of Sharon's undergrad degree in dance. John recalls the audience being rather stunned and shocked. I can only imagine – Sharon was as daring a performer as I've ever worked with. We made a videotape audition for a big dance showcase at On The Boards – her dancing, me playing music – called “Death is Not Knowing How To Join Beginning with End”. I wish I still had that video!

She used masking tape to create a giant circle of Ourobouros, the snake eating its own tail. The emotional climax of the piece involved her smearing all over herself about 2 gallons of cooked pumpkin (repurposed from the cafe we worked at). We didn't get selected. :(

Another of Sharon's endeavors was Audio Leter, a most unusual band. Completely improvised, the band was ultimately a collaboration between Sharon and fellow traveler Sue Anne Harkey, with a long list of fellow musicians that came & went. James Husted played bass before me, and Tracy Rowland before that, and Helena and John also sat in. When I was in the band, Jeffrey McGrath played drums (Jeff also played guitar in FRED with a lot of his goofy UW Music School pals, which explains a lot of bills with Student Nurse / Audio Leter / FRED ). Bob Jenkins, aka Buzz Gunderson (R.I.P.) played guitar with a silver dollar pick and a bayonet lashed to the headstock. Paul Hoskin wailed on bass clarinet. After Sharon & Sue Anne moved to New York, they continued the band, joined at times by David Life, Robert Hinrix, Chris Cochrane, and Don Cherry.

Audio Leter was certainly an acquired taste, with no set rhythmic or melodic or chordal structure. I particularly recall our last Seattle gig, at the Ground Zero collective art Gallery in Pioneer Square. For an “art installation, some enterprising collectivists filled the gallery with a lot of rusty metal, including sheet metal from cars and bent boxsprings. We members of the band had to push our way in individually and clear enough space to function musically. It was loud, and audience members quickly found they could join the festivities by banging metal scrap on metal scrap. I remember finishing playing, and people continued banging on metal for quite a while. It seemed like the volume didn't decrease even a tiny bit when the band itself stopped.

Here's the only surviving studio track I know of from that time, but it's as major philosophical statement by Sharon, and captures the band in its prime. The rhythm starts out using the "THUMPER", a machine I made with a single string bonged by a tinkertoy on a motor.

"Society of the Spectacle"

Sue Anne was a great organizer as well, and, aside from John, was the second person I knew to get into home recording, using a Tascam Portastudio, a 4 track studio in one box, using a cassette with all four tracks recorded in the same direction. She very quickly recognized its power, and began trading cassettes all over the world. She was kind enough to loan it to me for a couple of weeks for my first foray into recording on my own, and also got me playing bass on a collaboration with ATTRITION, an English band that still exists!

Sharon also appears as a vocalist on the Seattle Syndrome LP, on a great track by “Body Falling Downstairs” (a track on a sound effects record) called “The Politics of Ecstasy” that captures both her lyrical and philosophical concerns and her sharp sense of humor.

Aside from bands, Sharon danced with her close friend Kathleen Hunt: as “Moon Food” at Student Nurse events, and as “Louise” when “FRED” performed. We have some photos of this courtesy of Randy Hall, who lived in a group house with Sharon in Fremont. Randy seemed to be about the only person who could afford a camera and film during the late 70's and early 80's but he also had an excellent eye, and took some of the best pictures that exist from that time & place.

Thanks, Sharon, for a creating a scene and getting me involved. My life would be so different if we hadn't crossed paths. Fellow traveler David Milford (aka Skippy Melba), former bass player in Deran's band “Baby Jesus Hitler” and I met up recently to do some recording, and he had Sharon's new poetry collection in hand, and we set of couple of her poems evoking those early times to music.

Many Many Years Ago 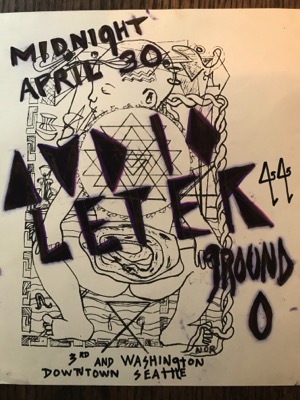 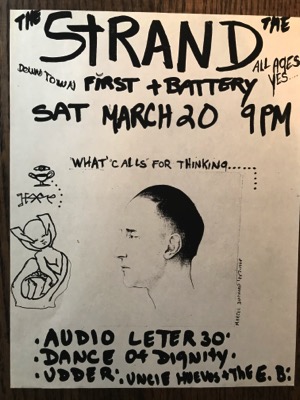 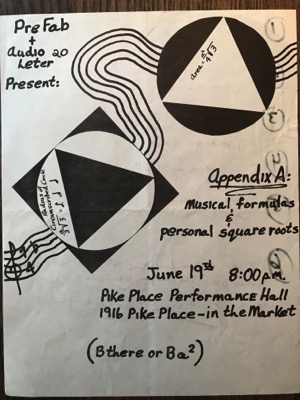 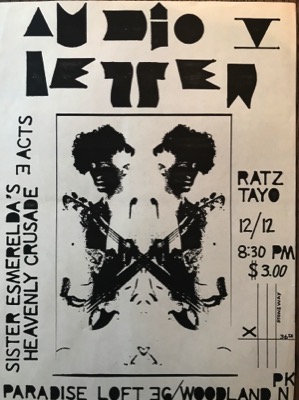 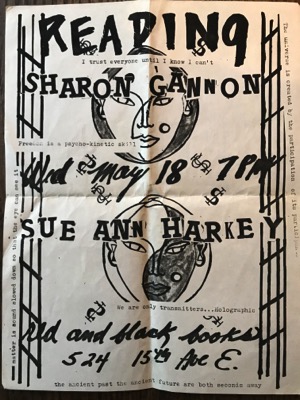 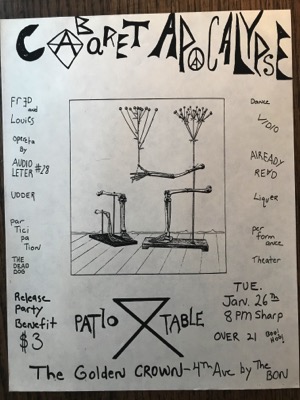 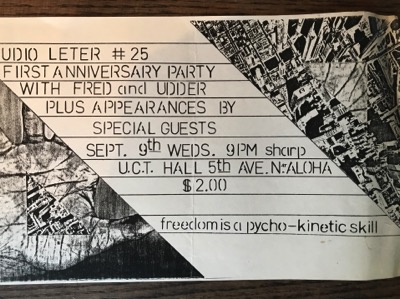 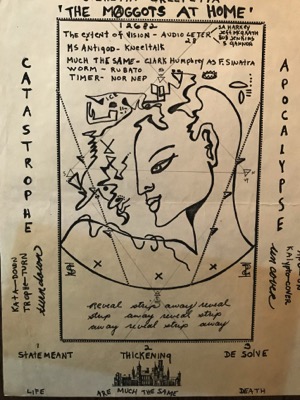 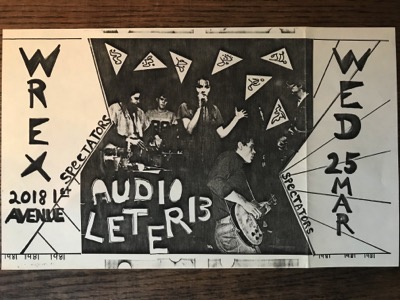 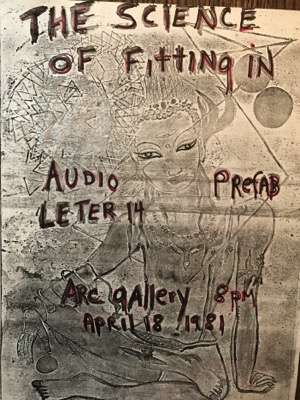 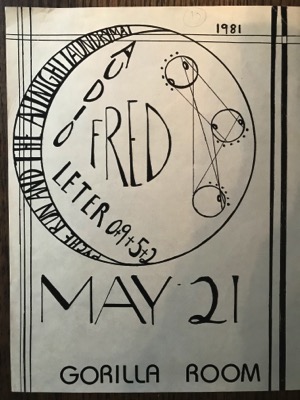 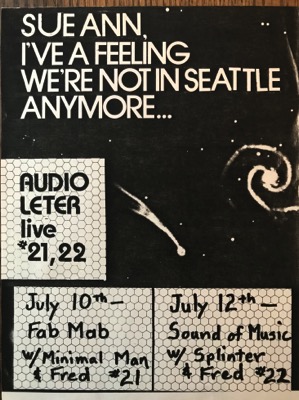 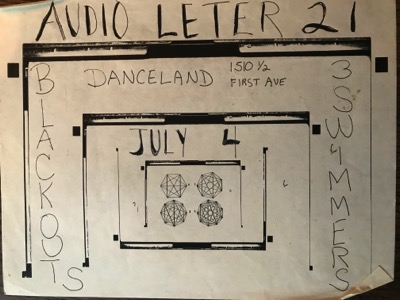 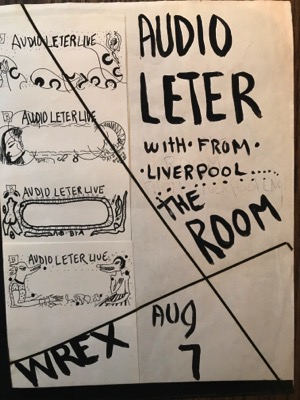 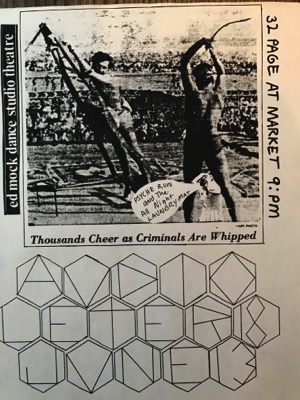 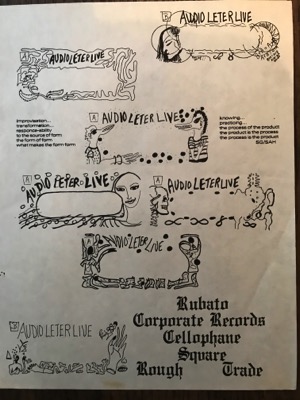 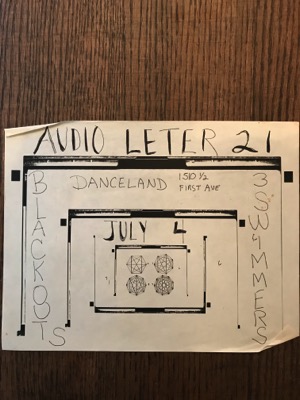 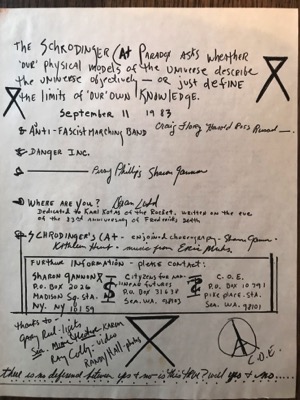